Yoomoney ex.Yandex.Checkout – A fintech service for accepting online and offline payments. Stripe-ish. With MAU 10k merchants. Yandex.Checkout has been the most popular payment application in Russia since 2015. 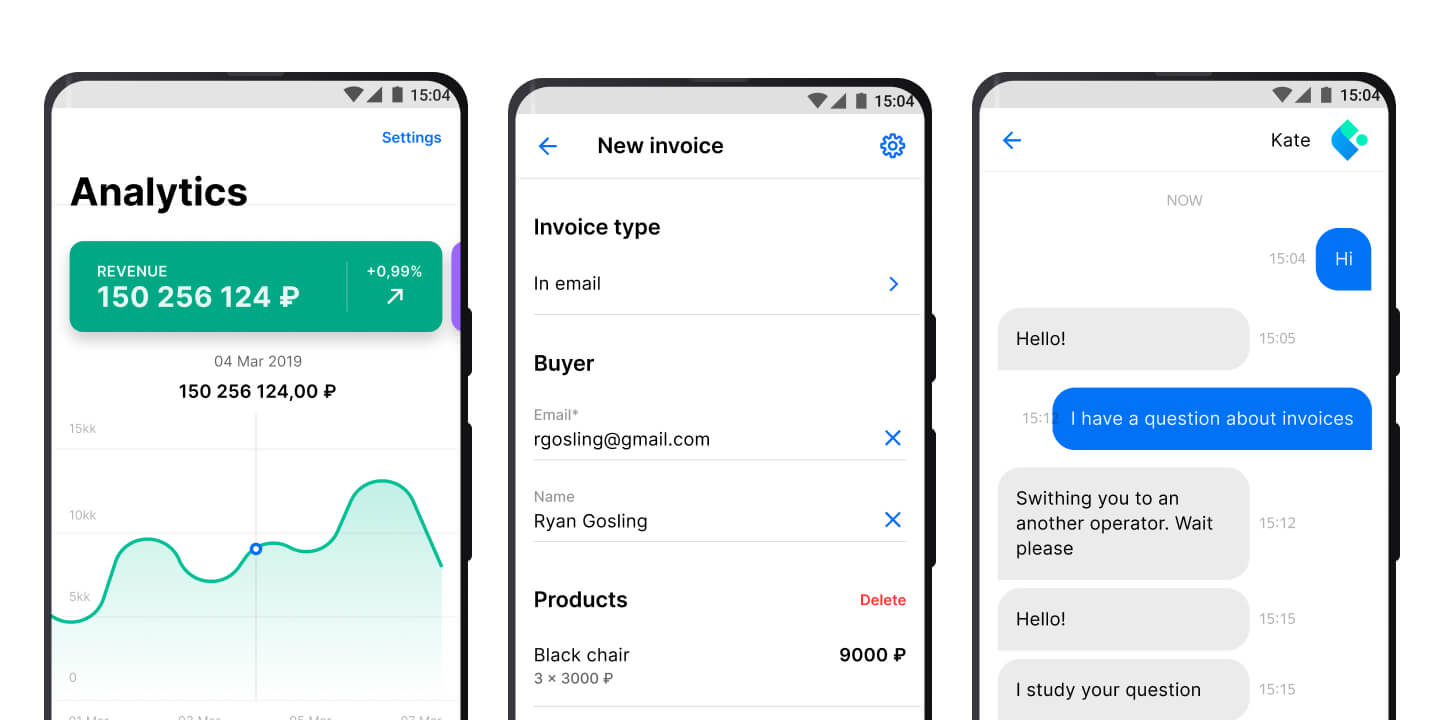 Over two years period at Yandex, I designing Yoomoney for business app. Product manager and I made key decisions in the app. Usually I worked on the app by myself. But sometimes I asked for help and I lead 1-2 designers.

Initially, there was only a web version of the personal account of YooKassa users without adaptive version. Many requests were received from merchants for the mobile version. Adding an adaptive version of the website to make it convenient was technically difficult, so it was decided to make a mobile application on iOS and Android and tablet version for iPad.

During interviews with users, the main features for the application were identified: 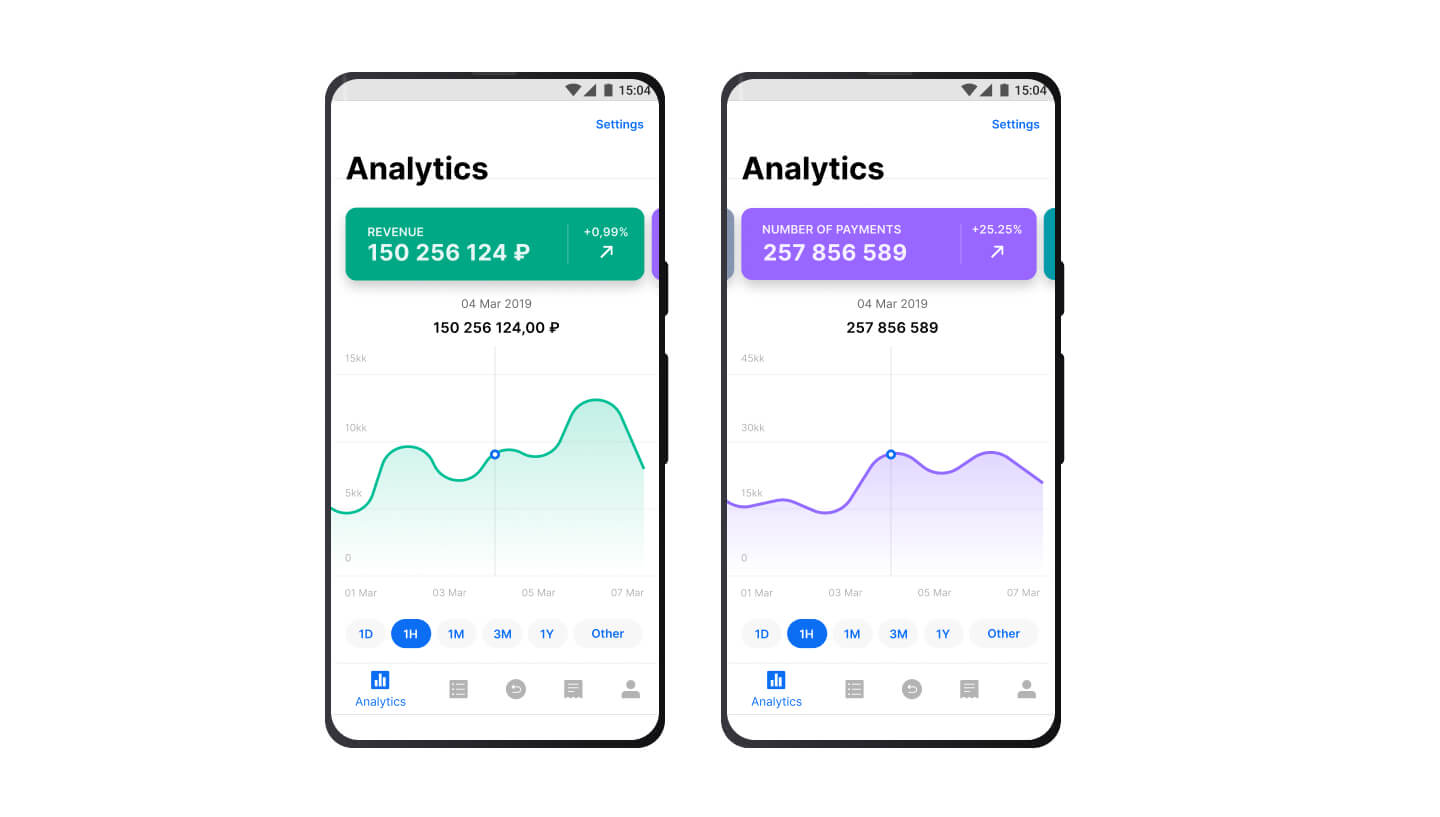 Analytics for payments and invoices

List of payments with details was basic information for merchants. They received full control over payments: confirm or cancel them and browse payment history with search and details for each transaction. 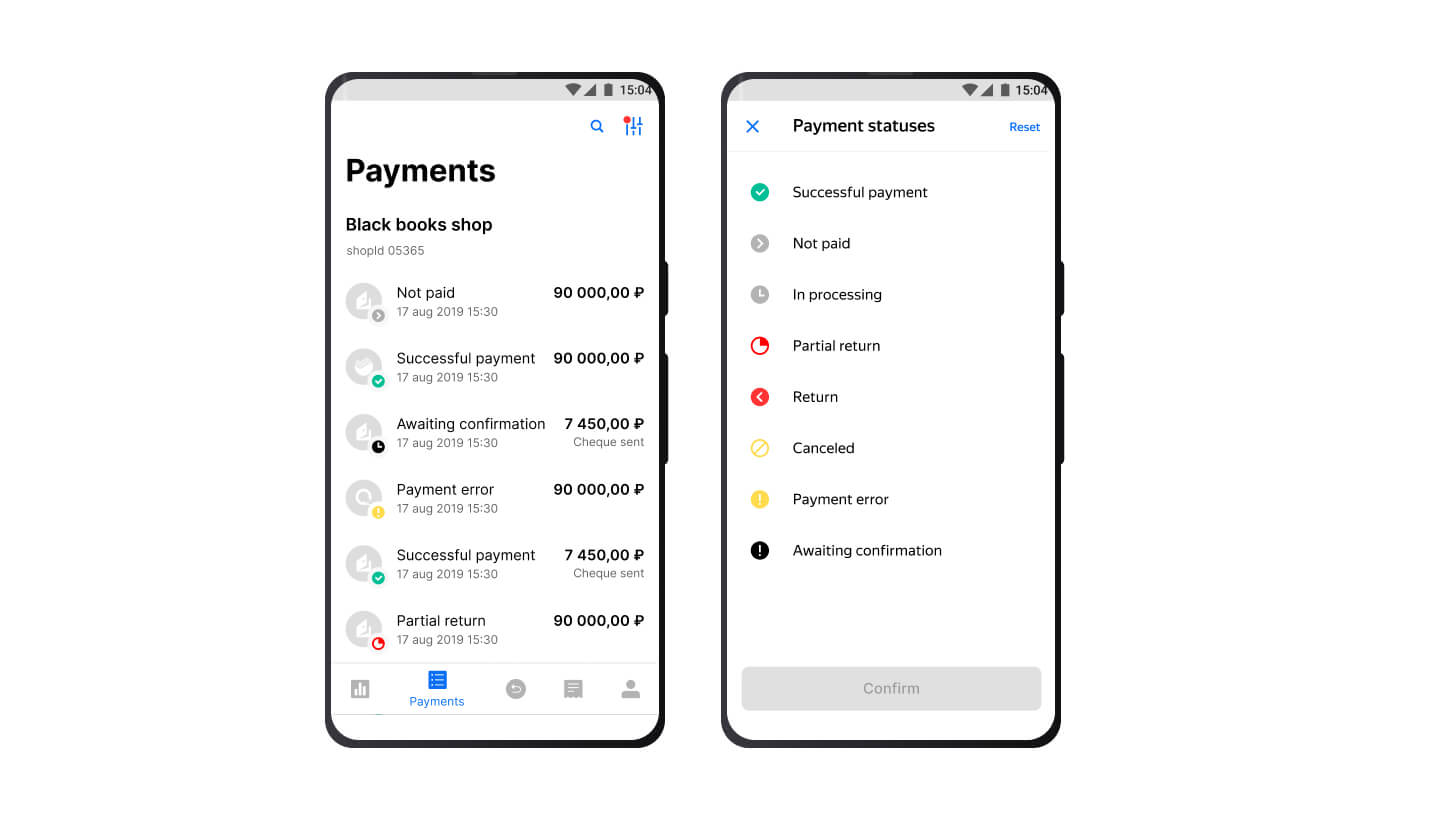 It was possible to view the detailed history of the payment: when it was paid, whether the receipt was received, whether there was a refund, and so on. View and send a receipt functional was in great demand by merchants. 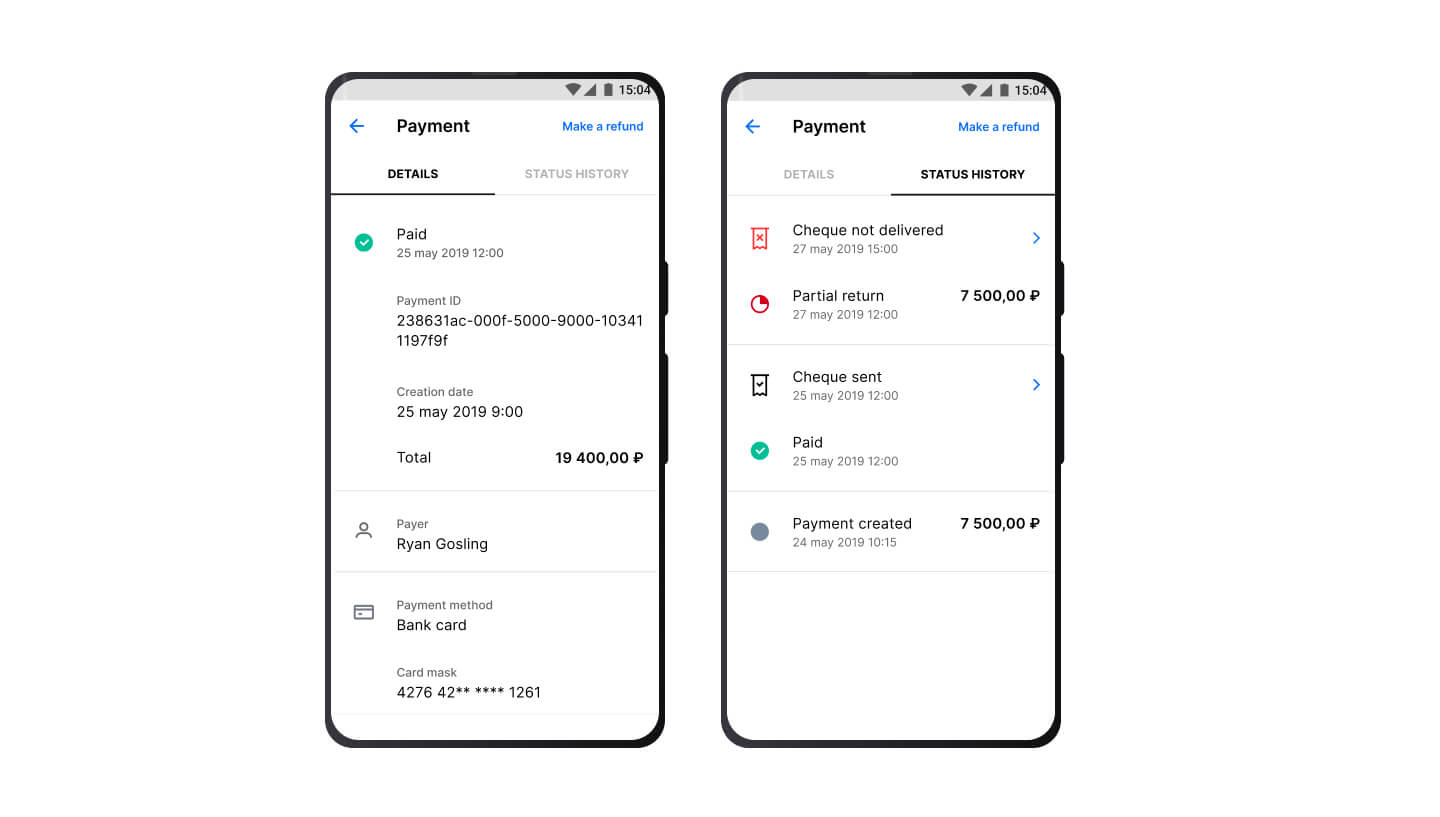 Fast invoicing via email, a text message, or a link was developed. The buyer would receive a payment link directly and would be able to pay immediately. After paying the bill, the merchant received a push notification.

Merchant can do full or partial refunds for an unpaid invoices or set a date after which it cannot be paid. 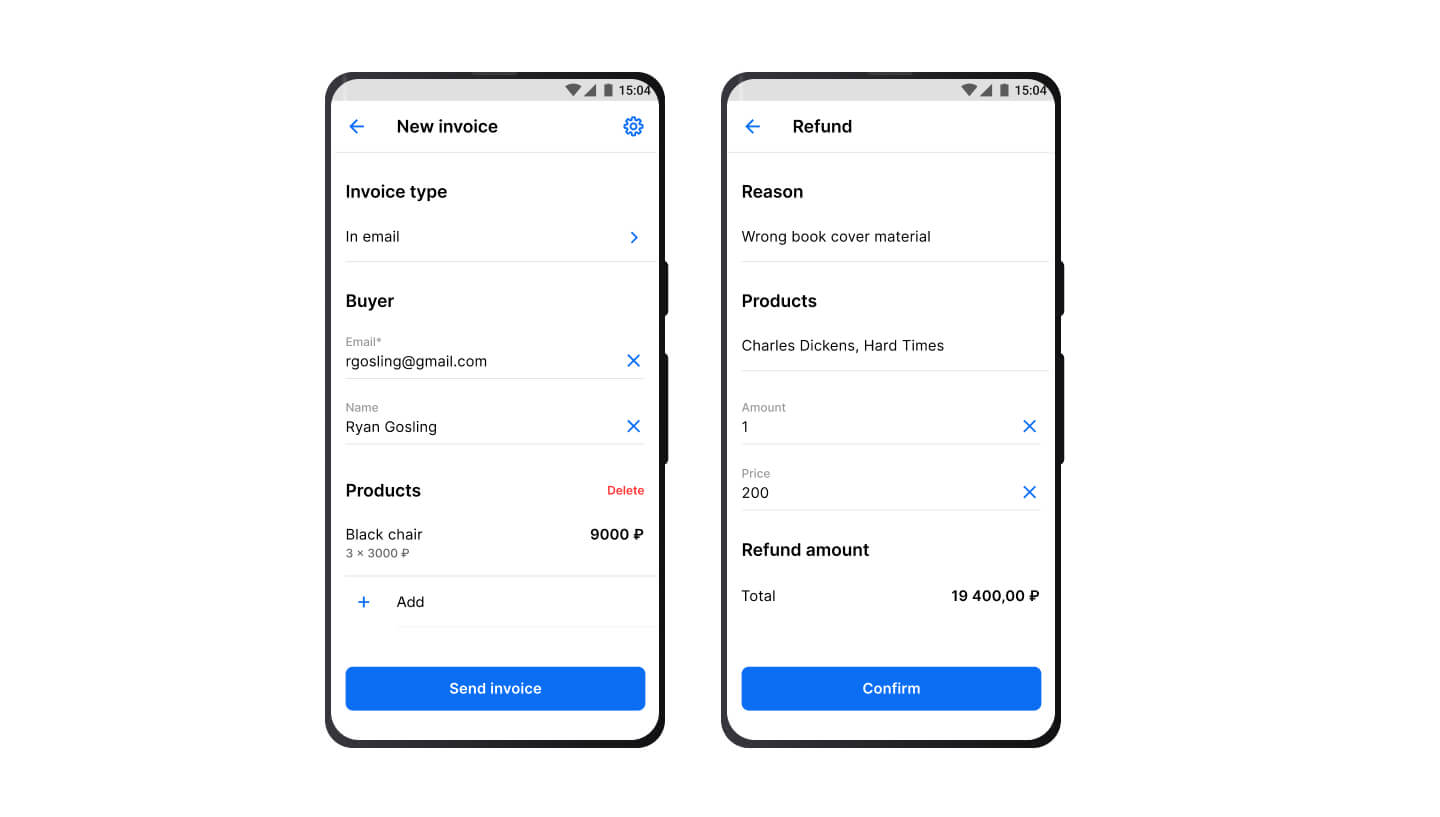 There were a lot of requests from merchants for merging all key features on main page and provide direct support in the app. 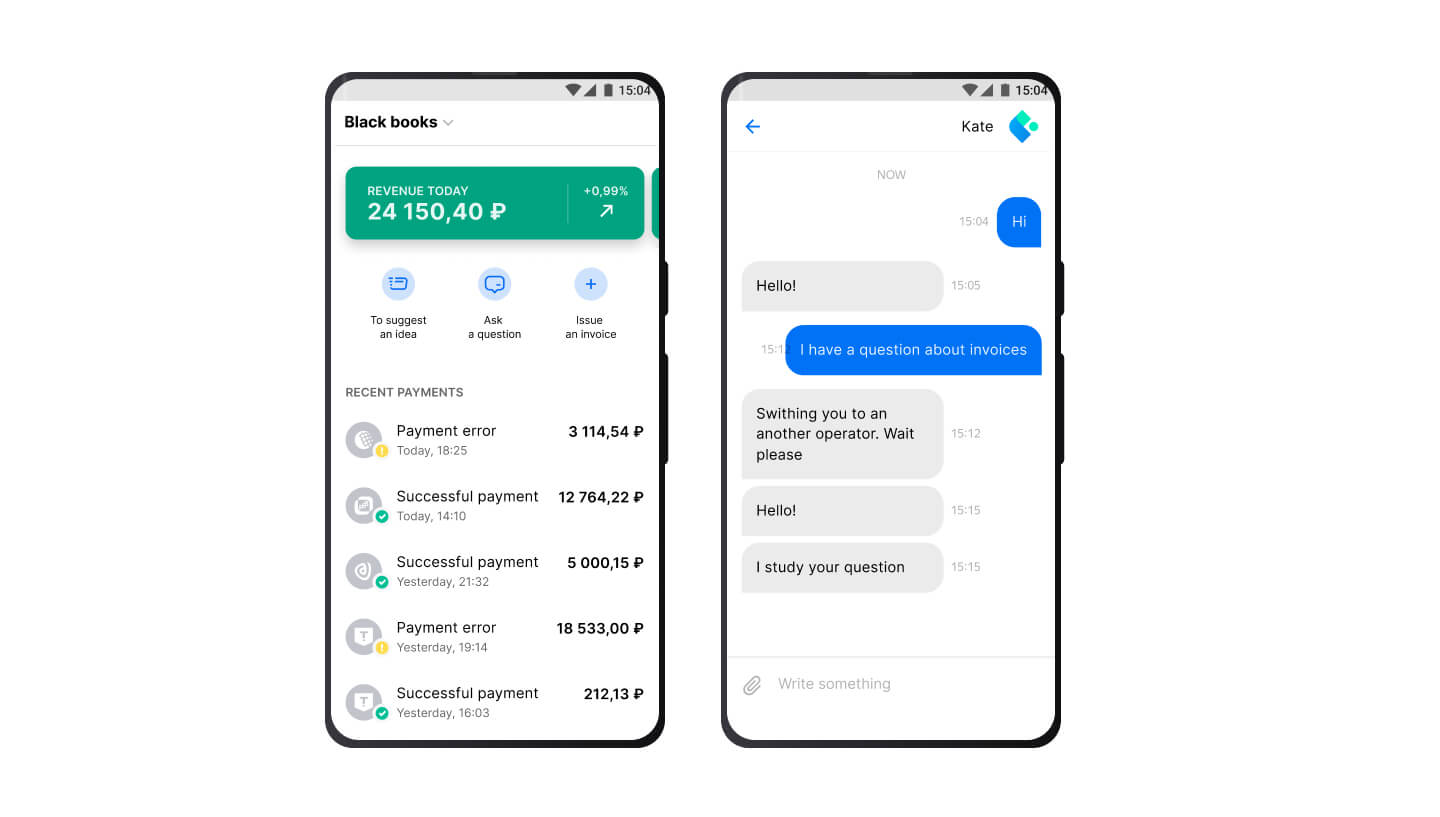 Go up
Next story >

Have a question, some feedback, or an outrageous idea?